What Are NFTs? A Complete Guide to NFTs

I’m sure you’ve seen or heard of the new trend that it’s taking the internet world by storm; NFTs are slowly going mainstream with many brands jumping on the crypto bandwagon, and it feels like this is not stopping any time soon. We’ve seen companies like Twitter now letting you use your NFTs as avatars. Exclusive content like TV shows, movies, and video games that you can only experience as a non-fungible token. Even Walmart is getting ready to enter the metaverse with a crypto coin and many services to create a new way to shop.

In this always-evolving digital world, it’s always good to learn a thing or two of what is going on. So, if you still have no idea what an NFT is, here at Olavivo, we’ll give you the 4-1-1 of what is up. That way, you can understand all of the shenanigans. But first…

What Is an NFT?

NFT stands for non-fungible token. That is just a complicated way of saying that it is a token that, unlike any other cryptocurrency, it is not mutually interchangeable. For example, you can buy your very own Nyan Cat with crypto (mainly Ethereum) that has a one-of-a-kind “serial number” that proves that you are the sole owner of the piece. There are many types of NFTs out there. Still, the most common, and how it all started, was as a piece of digital art. You can either display as a photo on places like Twitter, Instagram, or Discord, where some of these transactions occur.

Now, if you think this is a brand-new trend, you are wrong. They have been around since 2014, and their story is something to talk about.

Subscribe to the Olavivo blog and chill with us.

The NFT That Started It All: Quantum

In May 2014, Kevin McCoy created “Quantum,” a “monetized graphic,” or what is known now as the first NFT, using a video clip that his wife, Jennifer McCoy, made. With the help of Anil Dash, they registered the clip using a blockchain-based system that helps verify that the artwork was the original. McCoy sold it to Dash for $4. He presented the idea at the Seven on Seven Conference at the New Museum in New York City. In June of 2021, “Quantum” was sold at a whopping 1.4 million dollars.

It wasn’t until October of 2017 that the term “NFT” was first introduced to the masses. How? GitHub launched several projects that involved NFTs, like CryptoPunks, and Curio Cards using Ethereum blockchain. By 2020, the NFT was valued at 250 million dollars, and the value keeps growing pretty much every day. Knowing all these facts makes you wonder what the future of NFT looks like. Although we have a few guesses, how it had evolved in the past couple of years makes us think that this is only the beginning.

Even though when most people think of NFT, they think of digital art or short clips, other types of media are slowly taking over the cryptocurrency world. Hollywood aims to make films and tv shows that can be accessed only through NFTs. One of the first to jump was Actor, Director, Producer, and Nerd Kevin Smith. He announced that his upcoming film ‘Killroy Was Here’ was going to be auctioned as an NFT, and whoever wins it, could do whatever they want with it, including monetizing it if they wanted.

There is also a cartoon show called “Stoner Cats,” starring Mila Kunis, Ashton Kutcher, Chris Rock, and Jane Fonda. People can only access it if you they their NFT. They raised over 8.4 million dollars in less than an hour, which is enormous considering that this is something that is being attempted to do very recently. With the success of this show, you might expect more Hollywood giants to take the chance to bet for the crypto world instead of traditional media to show off their art. And this is only the beginning of many things to come, now that it is clearer that this is not just a fad that will fade away.

Gamers Have an Interesting Relationship with NFTs

Being one of the biggest industries out there, the gaming industry is also dipping its toes in the NFT waters with some success and a bit of a backlash in the community. Having the crypto world crossover with gaming has brought new mechanics and other ways to monetize with in-game items and create new experiences for gamers. Some of the most popular games use crypto technology to offer power-ups and items to increase the power of your character. Other things as simple as different skins to make you stand up from others.

So far, some of the most successful games like Axie Infinity or Cryptokitties are based on collecting unique creatures that you can either breed or trade with other players. It’s pretty much like a Pokémon-style game that gives you the liberty to monetize on the side. There are even some games that are all about card collecting. Others are based on fantasy football that gives it a different experience to those that love Fantasy leagues.

It feels like NFT and Gaming go hand in hand. However, there are some things that gamers are not too excited about. Big companies like EA and Team17 were all excited to work in creating NFTs as in-game purchases and other gaming memorabilia. Sure, this sounds innocent enough. Nevertheless, it created some backlash in the community because they think it’s something that will not bring anything useful in games. Plus, it is not environmentally friendly, making other big companies like Microsoft and Unisoft does not want to participate (for now) in bringing NFT to the table. But seeing how the industry is going, maybe we will see more NFT in the big gaming giants soon enough.

Little by little, they are finding different ways to provide some type of exclusivity by using NFTs as a way to get access. And the first one to come out is called the Flyfish Club. It will open its doors in New York in 2023. For only 2.5 Ethereum, which is around 7,900 dollars, you can enjoy access to their lounge to eat some of the seafood specialties they will offer. Or with only 4.25 Ethereum (or roughly 13,400 dollars), you’ll have a 14-seat room with your very own sushi chef using fresh fish directly from Japan. If you think this will not sell, they have raised over 14 million dollars, and it hasn’t opened yet.

This goes to show that if you know how to get people’s attention with a concept that’s been around for a very long time, you can succeed in this crypto/NFT world. If you have the money to invest in it.

NFTs Give Artists A Spotlight

Depending on who you talk to, NFT is either a blessing or a curse for many artists. Some are finding ways to show and sell art to the world. For others, it is just another way for people to steal someone else’s art to resell it for much more. Both statements are valid because, like any other business, you can either gain or lose. So many artists struggle to even sell a sticker of their art on Etsy. Still, when something like NFT shows up, that sticker that might end up under someone’s shoe can become a digital sticker. Then, someone would proudly show it off as their Discord Profile pic. Furthermore, it is one that can make you way more money than you would ever imagine.

As an art buyer, this is a great way to support artists that you love and appreciate. Plus having the bragging rights to say you have a one-of-a-kind CryptoPunk sounds pretty cool too. It can be a win-win situation. That is, unless you know that someone stole your artwork to monetize. However, it’s something that will happen no matter what. In the end, many people can own a poster of a Picasso painting, but only one person owns the original. It’s the same with NFTs.

What’s Next for NFTs?

The crypto and NFT world is just starting. That means there is a lot of growth and improvement to be done. You can say that if NFT is a Pokémon right now, it’s just a Magikarp that just learned Tackle, with many more battles in its future to keep leveling up until it becomes a Gyarados. Since it became mainstream in 2021, we have seen its triumphs and failures. Still, like anything, it’s a learning experience for anyone who wants to create, invest or buy any type of Crypto and NFTs. We are 100% sure that many great projects and ideas will come out that will start a revolution in Web 3.0 and humanity itself. The bigger companies and individuals bet on bringing their creativity to this new world, the stronger the NFT community will get.

Have you heard of NFTs before? Share with us your experience with NFTs below!

How To Best Implement Email Automation 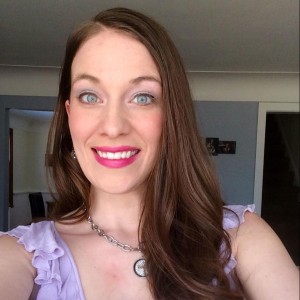 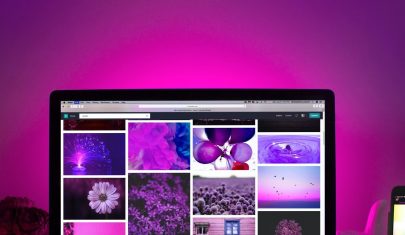 How Landing Page Automation Can Help Your Business 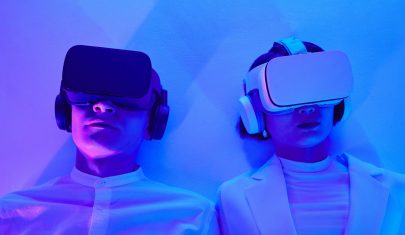 Benefits of Virtual and Augmented Reality for Affiliates 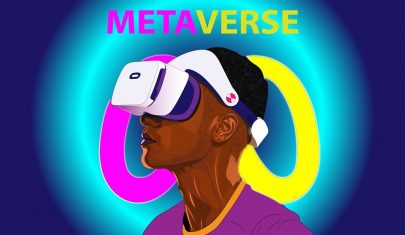 How to Make Money in the Metaverse

Partner with brands you love.

Scale your business with Olavivo by promoting awesome products and services, globally.

Subscribe to the Olavivo blog and chill with us.